Do You Need to Switch Jobs? 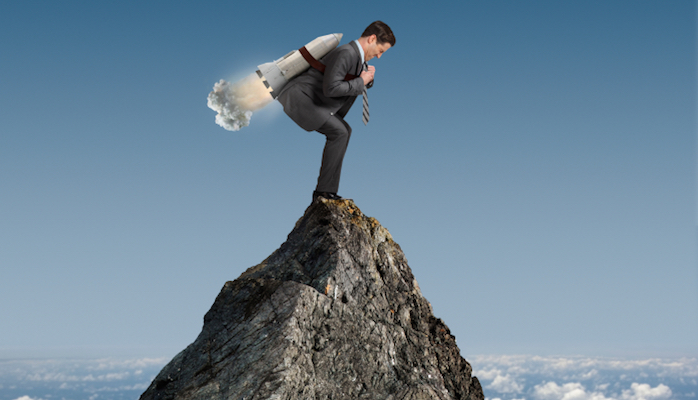 Do You need to Switch Jobs to Advance Your Career?

Given how much time most of us devote to our work, we want it to have meaning. Instead of just plugging away at jobs day in and out, we want careers. Through them, we hope to leave a legacy that is worthy of a lifetime of work.

It’s almost impossible to develop a great career without changing jobs along the way. Without change, there’s little room for personal growth. The best careers sometimes come from changing industries, changing geography or changing job functions. Other times, they require switching companies – or even starting over. Truth be known, “staying put” often requires the greatest change of all – changing ourselves. In career development, as in evolutionary biology, “Change or die!” is the imperative.

Father Greg Boyle, the Jesuit priest who founded Homeboy Industries has dedicated his life to working with former gang members in the toughest neighborhoods of Los Angeles. He provides job training in the organization’s various enterprises. He started out with a simple bakery, and then expanded it to include a farmers’ market, a dairy, plumbing services, diners and cafés. His own career objective has been remarkably constant over the years: Save and change lives. And while the jobs to be done have extended into new industries, products and services, his core mission – giving former gang members a way out of the cycle of violence – has never wavered. He found his career early on – only the jobs have changed.

In our workaday world, our missions and ambitions might not be as constant, clear or inspiring as Father Boyle’s. To home in on a worthy objective may require significant introspection, including asking, “What would I do with my life if I didn’t need a paycheck?”

It’s as good a question as any to get you to brainstorm ideas for a career plan. But it’s not enough. Once you’ve answered this question, you have to consider whether anyone would pay someone to do what you’d be willing to do for free. And if they would, are you good enough to get paid for doing those things? (For example, I’d play Major League Baseball for free; but there are very few slots for people who can’t run, hit or throw!) Still, if possible, consider a career that’s a “close cousin” to what you’d do for nothing.

Then ask yourself what’s keeping you from moving toward that career. Is it your present job? Your employer? The industry you’re in? Your pay? Your boss? Your future prospects? When you figure out the key obstacles, decide whether you need to go outside your current employer or industry to pursue the career you want.

If you decide you can stay put, contemplate career paths available within the enterprise that currently employs you. And keep in mind that just this past summer, Rodney McMullen, who started 36 years earlier as a stock boy at Kroger was named the CEO of the $100 billion enterprise.

If nothing with your current employer interests you, consider an elegant move – i.e. one that doesn’t hurt your employer, that doesn’t involve going to or becoming a competitor and that secures a great recommendation and a permanent invitation to alumni get-togethers.

On Mary Lou Quinlan’s 45th birthday, she asked herself, “What do I love to do?” As an already successful CEO of an advertising firm, she set out on her own to interpret female consumers for corporate clients, writing books along the way. Before long, she’d written a one-act play and found herself performing as an actor in it. For her, repotting meant following passions that couldn’t be fulfilled in her CEO role.

I did the same thing at age 45, and for the past 22 years I’ve never looked back on teaching as a second career.

⇐ Could a robot do your job?
What Does It Mean to “Just Show Up”? ⇒
© Career Oyster | All Rights Reserved.
Aries WordPress Theme by United Themes